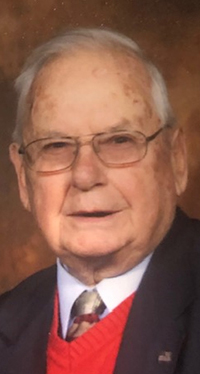 Warren E. “Mort” Kneuss, 92, passed away Saturday, January 25, 2020, at his residence. He was born July 11, 1927, in Adams County to Victor J. and Edith O. (Pusey) Kneuss. He was married June 25, 1950, to Rose M. Merriman.
He was in the United States Army during World War II. He served in county government for 20 years. He was deputy sheriff for eight years and 12 years as the county assessor. He then had his own oil business for Berne and Decatur area for 22 years. He was a lifelong resident of Adams County and an active member of the Cornerstone Community Church. He was also a member of the American Legion Post #43, life member of the Decatur Optimist Club, which he served as secretary for eight years, was an avid Democrat and served on the Decatur Cemetery Board for six years.
He is survived by two daughters, Cynthia A. (Arthur D.) Hill; and Alicia M. Kneuss, both of Decatur; sister, Mary Alice Kneuss of Ridgecrest, California; grandson, Alexander (Brittany) Hill; and one great-grandson, Hunter Hill.
He was preceded in death by his parents; his wife on October 23, 2008; and sister, Phyllis (Joseph) Wittwer.
Visitation will be from 3-8 p.m. Friday, January 31 at Haggard-Sefton-Hirschy & Zelt Funeral Home in Decatur with an Optimist Memorial Service at 7:45 p.m. Visitation will also be one hour prior to the 11 a.m. funeral service on Saturday, February 1 at Cornerstone Community Church. Officiating will be Pastor Kenneth Hogg. Burial will be at Decatur Cemetery.
Military rites will be provided by American Legion Post #43.
Memorials may be made to the Cornerstone Community Church or Honor Flight.
Arrangements provided by Haggard-Sefton-Hirschy & Zelt Funeral Home in Decatur. To sign the guestbook, click on www.hshfuneralhome.com. 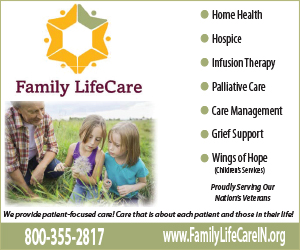