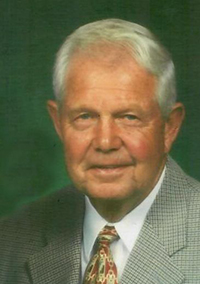 Richard “Dick” F. Moser, 91 of Bluffton passed away on Saturday, August 31, 2019 at his residence. He was born on July 29, 1928 in Adams County to Frank and Eva (Love) Moser. He was married on April 21, 1951 in Vera Cruz to Marjorie R. Schaffter.
He graduated from Hartford High School in 1946 and served his country in the United States Army from 1952 to 1954, during the Korean War. A long-haul truck driver for many years, he retired from driving for the Kroger Company. He also farmed for many years. He was a member of the First United Methodist Church in Bluffton, American Legion Post #111 of Bluffton and the Moose Lodge and Elk Lodge, both in Bluffton. He enjoyed golfing, loved boating and traveling. For 26 years, he and his wife enjoyed spending their winters in Florida.
He is survived by his wife of Bluffton; two daughters, Saundra (Jim) Wenger; and Cindy Schlichter, both of Bluffton; seven grandchildren, Mick (Mollie) Wenger; Eric (Amy) Wenger; Cari Wenger; Derrick Weedman; Staci (Slava) Trofimor; Brent (Brittany) Weedman; and Jason (Amy) Weedman; and 19 great-grandchildren.
He was preceded in death by his parents; two brothers, Bill and Don Moser; and a great granddaughter, Violet Weedman.
Visitation will be from 11 a.m.-1 p.m. on Friday, September 6 at Thoma/Rich, Lemler Funeral Home in Bluffton. Funeral services will follow at 1:30 p.m. at the funeral home. Officiating will be Pastor Sherrie Drake. Burial will be at Six Mile Cemetery in Bluffton.
Military rites will be provided by the United States Army Honor Guard and the American Legion Post #111 Honor Guard.
Memorials may be made to Riley Children’s Hospital, Wells County 4-H program or to the American Legion Post #111 of Bluffton.
Arrangements provided by Thoma/Rich, Lemler Funeral Home in Bluffton. Online condolences may be made at www.thomarich.com. 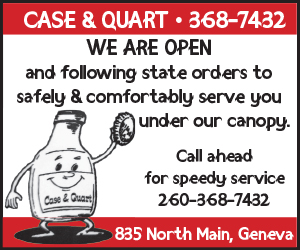