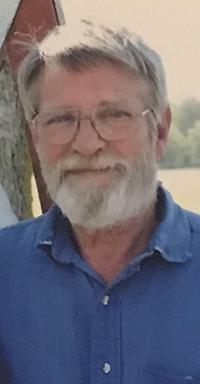 Nicholas H. Minnich, 66, of rural Geneva passed away Wednesday, June 10, 2020, at 10:43 p.m. at Lutheran Hospital in Fort Wayne. He was born Friday, September 4, 1953, in Adams County to Donald Nicholas and Joan Claudette (Schnippel) Minnich.
He was a 1971 graduate of South Adams High School and was a member of the St. Mary’s Catholic Church in rural Geneva. He was a mail route carrier for rural Geneva and Berne. He was a former South Adams Schools bus driver and was owner of Pizza King of Geneva for 19 years, where he continued to assist his family as a delivery driver. Before he became owner of Pizza King of Geneva, he worked for many years at Precision Machine Service in Preble. He was the former president of the Geneva Little League. He was also an Adams County farmer. In his free time, he enjoyed the outdoors where he would go hunting and fishing. He also enjoyed spending time with his grandchildren.
He is survived by his two sons, Westley N. (Helen) Minnich of Bluffton; and Travis J. (Ashley) Minnich of rural Geneva; two brothers, his twin, Steve (Jo) Minnich of Ossian; and Jim Minnich of Fort Wayne; two sisters, Joan Flanagan of Elburn, Illinois; and Ann (Dan) Clark of Carmel; and four grandchildren, Deven Minnich; and Dana Minnich, both of Bluffton; and Nicholas Minnich; and Kinsley Pennington, both of Geneva.
He was preceded in death by his parents.
Visitation will be Sunday, June 14 from 11 a.m.-3 p.m. and one hour prior to the 11 a.m. funeral service on Monday, June 15 at Downing & Glancy Funeral Home, 100 N. Washington St., Geneva. Burial will be at Riverside Cemetery in rural Geneva.
Arrangements provided by Downing & Glancy Funeral Home in Geneva. Online condolences may be made at www.glancyfuneralhomes.com.