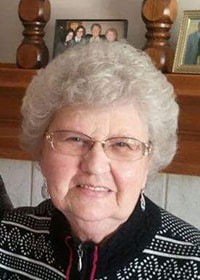 Marcella E. DeBolt, 91, of Bluffton went to Heaven Thursday, November 12, 2020, at the River Terrace Retirement Community in Bluffton. She was born January 30, 1929, in Wabash County to Howard and Flossie Estelle (Gunter) Tyner. She was married April 14, 1951 in Berne to Floyd Wayne DeBolt. They raised their three boys on the DeBolt Farm. They celebrated their 69th wedding anniversary this spring.
She was a 1947 graduate of Chester High School in North Manchester. She worked as an engineer clerk for Majestic Company and loved working for Nowak’s Hallmark Store and giving many Hallmark collections to her family over the years.
She was a devoted, long-time member of the Markle Church of Christ, a strong Christian example and the family prayer warrior. She was a rock that created many amazing memories that her family and friends will treasure dearly. Her homemade desserts, pies, special notes, cards, phone calls, emails, hugs, smiles, patience, laughter, encouragement, generosity and special hugs will be missed but remembered always.
She was a loving wife, sister, aunt, mother, grandmother, great-grandmother and friend to so many, had a heart of gold and was a blessing to all who knew her. Her gentle spirit reached so many. Her commitment to the Lord was an extraordinary example to her family and especially to her church family. She was a true servant and had a true missionary heart of sacrifice. She loved to work with her hands creating many special gifts, cooking for others and cutting her home grown roses for the church sanctuary. But her one true gift was serving the Lord as a missionary mom and grandmother to hundreds of children in Mexico and is something that will never be forgotten.
She is survived by her husband; three sons; Larry (Peg) DeBolt of Bluffton; David (Sheri) DeBolt of San Luis Potosi, Mexico; and Michael (Marcia) DeBolt of Pinehurst, North Carolina; five grandchildren, Amy, Renae, Mari, Jeff and Adam; eight great-grandchildren, Alex, Amie, Abby, Isabella, Jackson, Arlo, Eldon and Hugo; and brother, Max Tyner of Bluffton.
She was preceded in death by her parents; an infant brother; and four sisters, Frieda Maxine Tyner; Ruth Baker; Dorothy Binkley; and Mary Lou Tyner.
A private family service will take place at the Thoma/Rich, Lemler Funeral Home in Bluffton. A private family burial will follow at Hoverstock Cemetery in Zanesville.
Memorials may be made to Emanuel Mexico Mission, where her son David and his wife Sheri were missionaries for 30 years. Contributions may be mailed to the funeral home.
Arrangements provided by Thoma/Rich, Lemler Funeral Home in Bluffton. Online condolences may be made at www.thomarich.com. 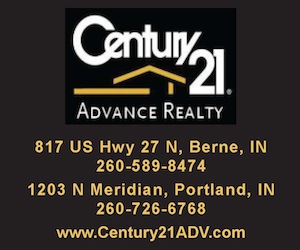