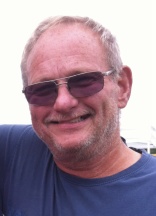 Malcom W. Lehman, 70, of Berne, passed away June 19, 2020 at his residence surrounded by his family following a complicated illness. He was born January 14, 1950 in Decatur to Peter P. and Lydia (Garber) Lehman.
He retired following 34 years of exemplary service with UPS in Fort Wayne as a driver…a great source of pride for him. Following his retirement, he worked at Poplar Quik Stop in Berne for 12 years. He was a 1968 graduate of South Adams High School, where he was the manager of the football, basketball and baseball teams. Following his graduation from high school, he graduated with an associate degree in electronics from what is now known as Ivy Tech in Fort Wayne. He was a member of the International Brotherhood of Teamsters Local #710.
Being involved with his family was very important. He provided a safe haven for his children along with his grandchildren by supporting them in their activities throughout their lives. He was a constant supporter and critic in those activities. Camping was an important family gathering time for him. Many holidays and vacations were spent in campgrounds…with Malcom as the supervisor.
He is survived by two sons, Jeff (Alyse) Lehman; and Joseph Lehman, both of Fort Wayne; three daughters, Julie (Robert) Buuck of Decatur; Jodi (Aaron) Sluder of Ossian; and Jeanene Lehman of Fort Wayne; three sisters, Carol Lehman and Gail Lengerich of Berne; and Sandy (Charles) Fowler of Noblesville; two brothers, Gaylord Lehman of Decatur; and Olin Lehman of Berne; and seven grandchildren, Gregg Buuck; Paxton Lehman; Emma Buuck; Madison Lehman; Camden Sluder; Cortland Sluder; and Bristol Lehman.
He was preceded in death by his parents.
Friends will be received from 3-6 p.m. Saturday, June 27 at Zwick and Jahn Funeral Home in Decatur and one hour prior to the 2 p.m. funeral service on Sunday, June 28 at the funeral home. Pastor Daniel Darling will officiate. Burial will be in the Decatur Cemetery.
Memorials may be made to Cancer Services of Northeast Indiana.
Arrangement provided by Zwick and Jahn Funeral Home. 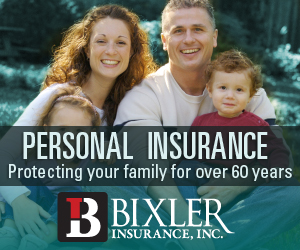