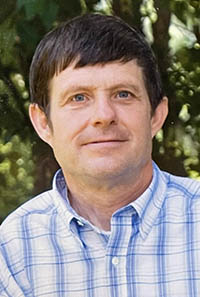 Lynn Edward Dubach, 70, of Berne passed away peacefully in his sleep Wednesday, June 29, 2022, at Swiss Village in Berne. He was born September 7, 1951, in Decatur to Glen E. and Grace (Mosser) Dubach.
He graduated South Adams High School in 1971. He retired from Kroger’s in Bluffton after 25 years of service. Before then, he had worked at EPC in Geneva for 19 years. He attended Cross Community Church and Grace Bible Church in Berne.
First and foremost, he loved spending time with his family and had a tender spot for his nieces and nephews. He took great joy in being an uncle and great-uncle, or “granule” as he had called it with an ever-present taught.
He enjoyed being with people and spent many hours at the Adams County 4-H Fair, Bluffton Street Fair and Swiss Days during the summertime. He was well-known for the long evenings he spent talking and drinking coffee at the Berne McDonald’s — a hobby that followed him when he moved to the Swiss Village apartments.
He is survived by two brothers, Wallace (Joyce) Dubach of Columbia City; and Robert (Susan) Dubach of Geneva; sister, Becky (Jeff) Gaskill of Berne; eight nieces and nephews, Matthew (Brandi) Dubach; Christopher (Jennifer) Dubach; Bryan (Norine) Gaskill; Mandy (Clarence) Franklin; Jesse (Jamie) Gaskill; Joshua (Lori) Gaskill; Holly Gaskill; and Amelia Gaskill; and 11 great-nieces and nephews.
He was preceded in death by his parents; and an infant brother, Brian Dubach.
Visitation will be Thursday, July 7 from 10-11 a.m. at Swiss Village Chapel for Swiss Village residents and one hour prior to the 2 p.m. funeral service Thursday at Zwick & Jahn Funeral Home, Yager-Kirchhofer Chapel in Berne. Officiating will be Pastor Jeff Gaskill. Burial will be at MRE Cemetery in Berne.
Memorials may be made to Swiss Village Samaritan Fund or donor’s choice.
Arrangements provided by Zwick & Jahn Funeral Home, Yager-Kirchhofer Chapel in Berne. To sign the online guest book, visit www.zwickjahn.com.