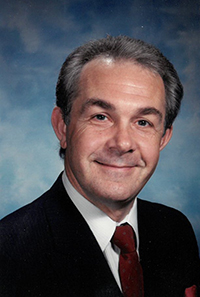 Larry O. Piety, 79, of Berne passed away Wednesday, February 3, 2021, at his residence. He was born March 22, 1941, in Brazil to Obert B. and Loretta (Parr) Piety. He was married June 11, 1960, in Indianapolis to Jeannie Horton.
He was a member of Sonlight Wesleyan Church in Bluffton, where he served as a Sunday school teacher, superintendent, LBA (local board of administration) and in various leadership roles.
He taught at various schools including LaCrosse, Southern Wells, Brownsburg, Garrett, DeKalb and South Adams Schools. While at South Adams, he became involved in administrative education, first as principal and later as an assistant superintendent. His passion to provide educational opportunities for all students led him to be active in working with the Amish and migrant communities around Berne. Throughout his education career, he was a guidance counselor, basketball coach, driver’s education instructor, drafting instructor, woodshop instructor and a master of historical facts.
Above all else, he had a deep faith in God. He also had a love for his family, his grandchildren and great-grandchildren and enjoyed attending their school events. He instilled in them a curiosity in life and what education could allow them to achieve. In his retirement, he and his wife began a second career in woodworking design. They were able to sell many of their creations throughout the United States. He made most of the furniture in their home and designed it to mirror the historical period of their home. He loved to engage other people in conversations to find out about common interests. He had a deep love and passion for the Amish community.
He is survived by his wife of Berne; two daughters, Tammi (John) Kelpin of Fort Wayne; and Jodi (Phil) Cox of Fort Worth, Texas; son, Todd Piety of Charlotte, North Carolina; sister, Nancy (Clifford) Beesley of Thorntown; seven grandchildren; eight great-grandchildren; and three babies on the way.
He was preceded in death by his parents; sister, Rowena Piety; and six great-grandbabies who greeted him in heaven.
Visitation will be Friday, February 12 from 4-7 p.m. at Zwick & Jahn Funeral Home, Yager-Kirchhofer Chapel in Berne. Funeral services will be Saturday, February 13 at 12 p.m. at Sonlight Wesleyan Church in Bluffton. Officiating will be Pastor Lyle Breeding. Burial will be at MRE Cemetery Berne. The family requests that masks be used. Please follow the link to watch a livestream of the funeral service - https://www.facebook.com/Sonlight-Wesleyan-Church-212963622104919.
Memorials may be made to St. Jude Children’s Hospital or Wounded Warrior Project.
Arrangements provided by Zwick & Jahn Funeral Home, Yager-Kirchhofer Chapel in Berne. To sign the online guestbook, visit www.zwickjahn.com.