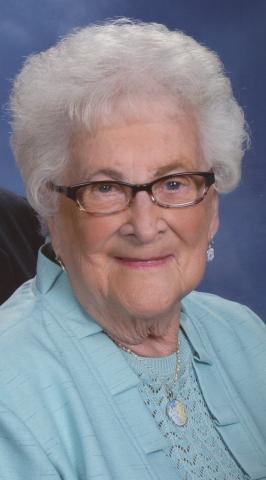 She was a graduate of Woodburn High School and Fort Wayne Bible College. She worked for the Fort Wayne Community Schools as an elementary school librarian and gave private piano lessons. Later, she was librarian for the Adams County Edelweiss Singers Chorus. She loved her family, grandchildren, and great-grandchildren.

She was preceded in death by her parents.

Visitation will be from 3:00 to 7:00 p.m. on Wednesday June 22 at Yager-Kirchhofer Funeral Home in Berne and one hour prior to the 10:30 a.m. funeral service on Thursday, June 23 at First Mennonite Church in Berne. Officiating will be Pastor Jerry A. Flueckiger. Burial will be at Greenlawn Memorial Cemetery & Mausoleum in Fort Wayne.

Memorials may be made the Mennonite Choral Society or the Swiss Village Samaritan Fund.