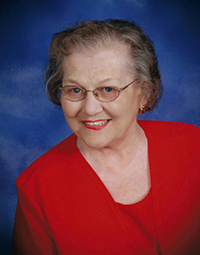 Julia A. Beitler, 87, of Pendleton went to be with her Lord and Savior, Jesus Christ on Friday, September 27, 2019 at Edgewater Woods Nursing Home in Anderson. She was born on August 24, 1932 in Berne to Clifton and Dessie Liechty and was a long-time resident of Pendleton.
She was a registered (orthopedic) nurse, having worked for Community Hospital of Indianapolis. She enjoyed playing the piano, gardening, sewing, and had a wonderful sense of humor. She was a former member of the Huntsville Community Church.
She is survived by her son, Richard (Gloria) Beitler, of Shawnee, Kansas; three daughters, Karen (Mitch) Kuhns, of Pendleton; Lynda (Dana) Garrett of Indianapolis; and Amy (Steve) Guffey of Strawberry Plains, Tennessee; sister, Grace (Loren) Moser of Berne; brother, Steve Liechty of Berne; seven grandchildren; eight great-grandchildren; and several nieces and nephews.
She was preceded in death by her parents; her husband, Robert L. Beitler; and daughter, Dana Beitler.
Visitation will be two hours prior to the 11:30 a.m. funeral service on Thursday, October 3 at Loose Funeral Homes & Crematory, 200 W. 53rd St., Anderson. The service will begin with a tribute given by the St. Vincent Ascension Nursing Honor Guard. Burial will be at Grovelawn Cemetery in Pendleton.
Arrangements provided by Loose Funeral Homes & Crematory in Anderson. Online condolences may be made at www.loosecares.com.