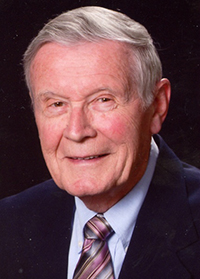 James “Jim” D. Yoder, 90, of Berne passed away Saturday, February 1, 2020, at Swiss Village in Berne. He was born July 15, 1929, in Shipshewana to Glen E. and Beulah E. (Wingard) Yoder. He was married June 10, 1950, in Berne to Marilyn J. Kennel.
He spent 38 years in the public school, being the first Berne-French school elementary principal. He went on to be an elementary principal in the U.S. embassy school in Bogota, Colombia for several years. He then returned to the Fort Wayne Community Schools in 1964 and served there as a principal and teacher until his retirement in 1990. After his retirement from FWCS, he worked in various capacities for several different companies in Fort Wayne. He and his wife returned to Berne in the summer of 2013 to become residents of the Swiss Village Retirement Community.
He is survived by his wife of Berne; son, Dr. Thomas R. (Vicki) Yoder of Fort Wayne; two daughters, Rebekah A. (Dr. Terry) Malone of Lexington, Kentucky; and Sarah J. Dinkel of Fort Wayne; two brothers, Dr. David Yoder of Chapel Hill, North Carolina; and Terry Yoder of Goshen; eight grandchildren; and seven great-grandchildren.
Visitation will be from 10:30 a.m.-12 p.m. Thursday, February 6 at Zwick & Jahn Funeral Home, Yager-Kirchofer Chapel in Berne. A private family service will be held at the funeral home.
Memorials may be made to Trinity English Lutheran Church, Fort Wayne.
Arrangements provided by Zwick & Jahn Funeral Home in Decatur. To sign the online guestbook, visit www.zwickjahn.com. 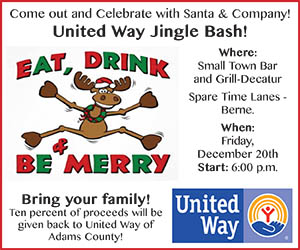