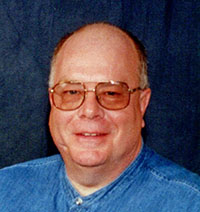 James E. Davidson, 68, of Berne passed away at 8:20 p.m. on Friday, October 25, 2019 at his residence. He was born on Monday, September 3, 1951 in Adams County to Frederick W. and Chloe E. (Bailey) Davidson. He was married on Saturday, October 19, 1974 in Berne to Mary J.  Davidson.
He attended Geneva schools for eight years and South Adams Schools for four years. He was a member of the Bethel Brethren Church, where he served as a trustee and Sunday school teacher. He worked as a plumber and had a 30 year partnership at Myers & Davidson Water Service in Monroe. He also held christian ministries as a big part of his life. He enjoyed collecting old clocks.
He is survived by his wife of Berne; two daughters, Gretchen (Timothy) Yoder of Berne; and Holly (Martin) Guthrie of Geneva; son, Anthony (Abigail) Davidson of Berne; two sisters, Deborah Parrett; and Jocelyn Zerby, both of Berne; brothers, Mark (Nancy Scott) Davidson of Berne; 10 grandchildren; and three great-grandchildren.
He was preceded in death by his parents; brother, Kevin Davidson; and sister, Kira Davidson.
Visitation will be from 2-8 p.m. on Wednesday, October 30 at Downing & Glancy Funeral Home, 100 N. Washington St., Geneva. Funeral services will be at 11 a.m. on Thursday, October 31 at the funeral home. Officiating will be Pastor Joe Nass. Burial will be at West Lawn Cemetery in Geneva.
Arrangements provided by Downing & Glancy Funeral Home in Geneva. Online condolences may be made at www.glancyfuneralhomes.com.