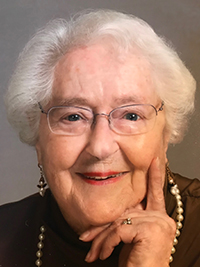 Gertrude Faye "Gert" Kropa, 94, of Meredith, New Hampshire passed away peacefully Saturday, September 12, 2020, in her home with her loving family by her side. She was born April 28, 1926, in Berne to Christian W.R. and Minnie (Sprunger) Schwartz. She was married July 1, 1950, to Gomer “Whitey” Kropa.
She was raised on the family farm and was the youngest of six sisters and two brothers. The family also included one half-brother, two stepsisters and one stepbrother. After graduating high school, she moved to Fort Wayne where she worked and became an active member of the local YWCA. It was at a mixer sponsored by the YMCA where she met her future husband. After their marriage, the young couple moved to Indianapolis where they began their family. Ten years and three children later, the family moved to North Reading, Massachusetts where they were blessed with their fourth child. In 1978, they moved to Centerville, Massachusetts on Cape Cod. It was during this time that the couple enjoyed traveling to Europe, Great Britain, Africa, South America, Australia and New Zealand. Shortly after her husband’s death, she relocated to Meredith, New Hampshire to be near to her daughter Susan and family.
Her most cherished times were spent with her family. She enjoyed many pastimes such as sewing, baking and singing in the church choirs. Throughout her life, she was a woman of great faith. She will always be remembered by her positivity, her generous spirit and her meticulously crafted 14-layer Jell-O mold.
She is survived by her four children, Dale E. (Janet) Kropa; William A. (Catherine) Kropa; Susan M. (husband, Greg Schneberger) Kropa; and Wayne R. (Julie) Kropa; six grandchildren, Erik (Jill) Kropa; Evan (Emily) Kropa; Rachel (husband, Jack Whigham) Kropa; Madeleine (Lucas) Burnley; Matthew Schneberger; and Robin Kropa; and five great-grandchildren, Brandt and Christian Kropa; Barlow and Winston Burnley; and Millie Faye Whigham.
She was preceded in death by her parents; her husband in 2004; her youngest son, Wayne, who died tragically in 2000; five sisters, Ruth Brown; Mary Bahner; Vera Lehman; Virginia Sprunger; and Anna Gilliom; two brothers, Ernest Schwartz; and Harold Schwartz; half-brother, Larry Schwartz; and three step-siblings, Rosie Kuhn; Darrell Wagner; and Coleen Allamandinger.
Services will be held in Berne at the family’s convenience in early 2021.
Memorials may be made to Good Shepard Lutheran Church in Laconia, New Hampshire or the Lakes Region Visiting Nurse Association in Meredith, Hampshire.
Arrangements provided by Mayhew Funeral Home in New Hampshire. Online condolence may be made at www.mayhewfuneralhomes.com. 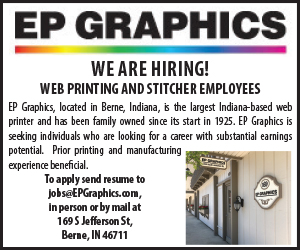