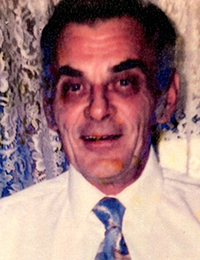 Charles Edward Lane, 85, of Berne passed away Saturday, January 29, 2022, at Adams Memorial Hospital in Decatur. He was born September 24, 1936, in Berne to Ella (Gerber) Scare. He was married September 30, 1993, to Connie S. Woodruff-Dressel. They were married for 29 years.
From the age of 12 until joining the United States Army, he worked on a vegetable farm. While in the Army, he was stationed in England. After his service in the military, he took over ownership of a coal company in England. He also worked at Fleetwood Homes for 17 years. He enjoyed cars and watching racing, including NASCAR, Indy Car, Formula 1 and GT. He formerly attended Cross Community Church in Berne.
He is survived by his wife; two sons, Steven (Jody) Lane; and Charles (Vicki) Lane; sister, Elmyra Wolf; brother, Phil (Theresa) Scare; and sister-in-law, Bonnie Flueckiger.
He was preceded in death by his mother; his daughter, Susan; two brothers, Rev. Jerry Flueckiger; and Dave Scare; and wives, Molly Lane; and Beverly (Reisen) Lane.
A celebration of life service will be held at a later date.