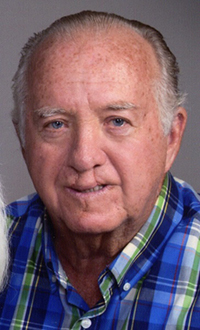 Brooks “Bud” Marble, 77, of Berne passed from this life to the next on Friday, September 13, 2019 after a fall that caused a traumatic brain injury which led to his unexpected death. He was born on October 18, 1941 in Fort Wayne to Brooks S. and Violet Marble. He was married on July 14, 1962 at First Mennonite Church in Berne to Anita Nussbaum.
An expert craftsman in the tool and die business, he began his career at L.H. Carbide in Fort Wayne and then, later started a business with his brother in law, Gary Nussbaum, known as Swiss Craft Precision Grinding in Berne. From there, he went on to start Hoosier Quality Grinding in Berne. He was highly respected by those who worked for him and tried his best to treat his employees well.
After retirement, he volunteered as a bus driver with the Berne Nursery School program for many years. Children affectionately called him “Mr. Bud.” He also enjoyed driving truck for two local trucking companies. He served as trustee and usher at First Mennonite Church in Berne, where he and his wife were longtime members together.
Always ready with a smile and a laugh, he knew how to make friends with anyone. He created fun and brought joy to those around him everywhere he went. Always curious, he asked very thoughtful questions that helped him to get to know others as well as to keep learning.
He also enjoyed feeding the birds that came to his feeders daily, especially the orioles. He loved making campfires with the family, setting off fireworks with the grandkids, making mud holes for them to play in and so much more. Fun, laughter and adventure were just part of what he brought to every family gathering. He will be greatly missed by his family and those who knew him.
He is survived by his wife of Berne; daughter, Tracy (Charles) Marble Buller of Goshen; son, Jeff (Dena) Marble of Fort Wayne; three sisters, Roseanne (Richard) Dudgeon; Sharon (Roger) LeFever;  and Janice (Marvin) Schaadt; and five grandchildren, Jonathon and Noah Marble; and Sylas, Andre’ and Joelle Buller.
Visitation will be from 2-5 and 6-8 p.m. on Monday, September 16 at Zwick & Jahn Funeral Home, Yager-Kirchhofer Chapel in Berne and one hour prior to the 10:30 a.m. funeral service on Tuesday, September 17 at First Mennonite Church in Berne. Officiating will be Pastor Jim Schwartz. Burial will be at MRE Cemetery in Berne.
Memorials may be made to the First Mennonite Nursery School or C&C Fellowship.
Arrangements provided by Zwick & Jahn Funeral Home, Yager-Kirchhofer Chapel in Berne. To sign the online guestbook, visit www.zwickjahn.com. 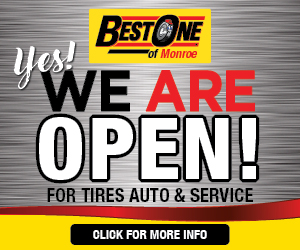