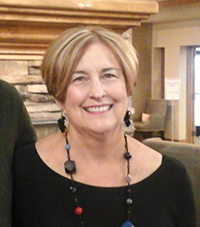 Anita Habegger, 73, formerly of Berne, passed away Friday, May 7, 2021. She was the daughter of Simon and Elma Schwartz. She was married to Ron Habegger for 52 years.
She lived in the Fort Wayne area until retirement, then moved with her husband to Blaine, Minnesota where they spent the summer months and wintered in Gilbert, Arizona. Prior to retirement, she was active in children’s ministry at Pine Hills Church and served as bookkeeper for the Christian Service Foundation.
She is survived by her husband; two daughters, Jena (Aidan) Conti; and Sara (Jamie) Shady; four grandchildren, Christopher, Eva, Gavin and Minty; two siblings, Rod (Judy) Schwartz; and Neil Schwartz; three in-laws, Phil (Marty) Habegger; Janis (Jim) Garboden; and Ted (Cathy) Habegger; and nieces, nephews, other relatives and friends.
She was preceded in death by her parents.
Visitation will be one hour prior to the 3 p.m. memorial service Saturday, May 15 at Kozlak-Radulovich Chapel, 1385 – 107th Ave. NE, Blaine, MN. Service will be live streamed on the funeral home website. A memorial service will also be held in Fort Wayne this summer.
Memorials may be sent to Lifechange Camp, 351 NE 831 Rd., Clinton, MO 64735.
Arrangements provided by Kozlak-Radulovich Chapel in Blaine, Minnesota. Online condolences may be made at www.kozlakradulovich.com.