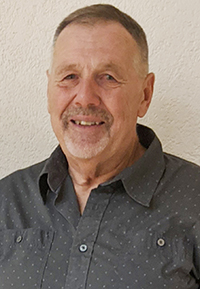 Richard D. “Dick” Sprunger, 68, of Berne passed away unexpectedly Friday, November 5, 2021, at Adams Memorial Hospital in Decatur. He was born September 6, 1953, in Decatur to Ivan C. and Vera M. (Moser) Sprunger.  He was married August 7, 1976, at First Mennonite Church in Berne to Amy J. Wulliman.
He lived a simple life - faith, family and farming. As a member of the Bridge Church, he could be found as a greeter almost every week. He loved the church and was so excited to see new faces attending weekly. He was always willing to help out. A behind the scenes kind of guy, he was your go to guy when you needed help. He could be found at home listening rather loudly to worship music. His faith was quiet but spoke loudly to those around him just by how he lived. He was so proud of his family. Known as the best foot rubber, his wife and the grandkids would snuggle up beside him after a long day and relax. He loved to compete with anyone willing to try and beat him. Sorry, Upwords, Horse and kickball were just a few of the games he enjoyed. He enjoyed watching his grandkids compete in sports and could be found giving out $1 bills for shots made, balls hit and touchdowns scored. He was an avid IU, South Adams and Colts fan. He loved his wife, each of his children and grandchildren so much. His entire life was spent on the farm. As a young man, he took over the family farm and milked cows for 30 years. Later in life, he invited his two sons, Trevor and Trent “Boomer” to join him full time on the farm. Farming beside his two sons was his pride and joy. In fact, when he passed on to Heaven, he was doing just that - farming with his boys. Though his family will miss him greatly, he left a beautiful legacy and is finally reunited with his Savior and family who passed before him.
He is survived by his wife of Berne; two daughters, Jeremi (Tim) Dougherty of Quincy, Illinois; and Vicky (Ryan) Noblitt of Decatur; two sons, Trevor (Amie) Sprunger of Geneva; and Trent “Boomer” (Katie) Sprunger of Berne; two sisters, Marilyn (Roger) Fox of Berne; and Joy (Doug) Habegger of Morton, Illinois; 13 grandchildren, Olivia, Cayley and Josh Dougherty; Luci, Jack and June Noblitt; Shaylee, Jaelyn and Brynlee Sprunger; Harper, Marcus, Scout and Della Sprunger; and Archie the dog.
He was preceded in death by a brother, Merle in infancy; and grandson, Colt Wayne Sprunger.
Visitation will be Tuesday, November 9 from 1-8 p.m. at  Zwick & Jahn Funeral Home, Yager-Kirchhofer Chapel in Berne and one hour prior to the 10 a.m. funeral service Wednesday, November 10 at The Bridge Community Church in Berne. Officiating will be Pastor Eric Lehman and Pastor Michael Wenger. Burial will be at Berne Evangelical Cemetery.
Memorials may be made to The Bridge or The Hope Clinic in Berne.
Arrangements provided by Zwick & Jahn Funeral Home, Yager-Kirchhofer Chapel in Berne. To sign the online guestbook, visit www.zwickjahn.com. 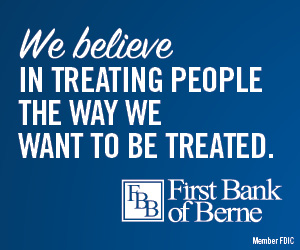