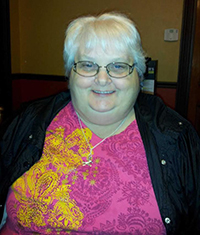 Patricia Miller, 66, of Portland passed away Friday, September 4, 2020, at Parkview Regional Medical Center in Fort Wayne. She was born October 16, 1953, in Celina, Ohio to Richard and Mary (Bentz) McGraw. She was married September 6, 1972, to Donnie Miller.
She attended Portland High School and was a member of Union Chapel Church. She enjoyed playing card games, putting puzzles together and being with family.
She is survived by two daughters, Vicki (Randy) Sprunger of Berne; and Angela Thompson of Portland; two sons, Donnie (Christina) Miller of Berne; and David Thompson of Bluffton; four brothers, Mike (Deb) McGraw of Pennville; and Robert “Bobby” (Bonita) Keller; Bill McGraw; and Dave (Cindy) McGraw, all of Portland; and 12 grandchildren.
She was preceded in death by her parents; her husband on March 8, 1974; four siblings, Don McGraw; Marvin McGraw; Teresa Jones; and Dan Keller; and one grandchild, Ashley Renee Steen.
Visitation will be three hours prior to the 7 p.m. funeral service on Thursday, September 10 at Williamson-Spencer and Penrod Funeral Home in Portland. Burial will be Saturday at 1 p.m. CST at Campground Cemetery in Clark Range, Tennessee.
Memorials may be made to Union Chapel Church or the donor’s choice.
Arrangements provided by Williamson and Spencer Funeral Home in Portland. Online condolences may be made at www.williamsonspencer.com.