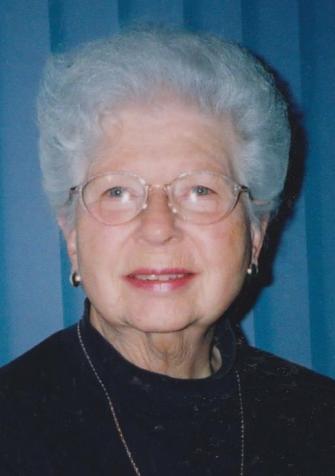 Mary Lou Phillips, 87, of Papillion, Nebraska and formerly of Jamestown, passed away on Friday, May 27, 2016 with her family at her bedside after battling complications of non-Hodgkin’s lymphoma. She was born on April 2, 1929 in Bluffton to David and Justine (Linn) Sprunger.

She graduated from Allen High School in Bluffton in 1947. She attended Butler University. In Elkhart, she met a handsome, young veterinarian and Army captain named Tom Phillips. He swept her off her feet and in December of 1950, they were married. Dr. Thomas H. Phillips had a veterinarian practice in central Indiana for 57 years.

She was preceded in death by her parents; and her husband.

Visitation will be two hours prior to the 2:00 p.m. funeral service on Friday, June 3 at Strawmyer & Drury Mortuary, 2400 N. Lebanon St., Lebanon. Burial will be at Crown View Cemetery in Sheridan.

Arrangements provided by Strawmyer & Drury Mortuary in Lebanon. Online condolences may be made at www.strawmyerdrury.com.